Your "home" away from "home" 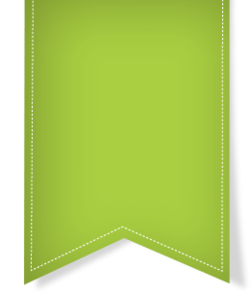 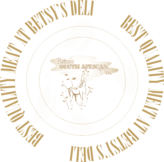 BETSY’S BOEREWORS/SOUTH AFRICAN DELI WHERE AND WHEN DID IT ALL START?

Betsy was born in North Rhodesia (Zambia) and grew up in Broken Hill. Henry comes from Bulawayo in South Rhodesia (Zimbabwe). They met in Bulawayo, where they got married. They first moved to Salisbury (Harare) and later back to Bulawayo where Henry was in the Rhodesian Air Force in Kwelo (Gweru).
They later moved to Boksburg where Henry worked in the engineering industry.  They decided to move overseas and had to chose between Australia and Canada. They decided to move to Canada and first settled in Montreal in 1985 and lived there for approximately 13 years. In Montreal they had a successful African Art shop “La Petite Afrique”.  During this time, Henry often travelled to South Africa and Rhodesia to buy art for their shop in Montreal.
Henry and Betsy used to make boerewors at home for their own use. They mixed their own spices, took their meat to the local butcher who helped them prepare the meat and then stuffed their boerewors at home.  One day the South African Ambassador to Canada asked them to make 80kg of boerewors for the South African Embassy.  Henry decided to buy electrical equipment and made the boerewors for the embassy in their basement.  For payment … Johannesburger wine!
Caron and Yvette, their 2 daughters, convinced Henry and Betsy to move to another part of Canada and they decided on Edmonton, where they first lived in an apartment and eventually bought their house in 2000. They converted their garage into a production facility.  They already had all the equipment.  Henry did all the renovations himself and Betsy’s Boerewors was officially born in 2003/4.  Henry studied and researched the art and science of working with meat, specifically relating to the bacteria associated with meat.  (Adiabatic Curing).
He did a lot of research to find the best recipes. Originally, premixed spices were imported from South Africa. The bags of spices were regularly cut open by border services looking for illegal drugs, and many times the bags of spices were so damaged that it could not be used. Henry started to look around to find a way to determine what spices were used in the mixtures, and he found a gentleman called Arrie van der Meer.  Arrie gave a sample of the spices to a friend in Ontario for analysis.  Henry and Betsy mixed the spices according to the analysis, but to Henry it was not quite right.  He started playing around with the spice recipes until he was happy with the results.  These recipes are still the same today.
Henry, Betsy, Caron and Yvette opened Betsy’s Boerewors at its current location in 2006 and the business quickly grew.  Yvette is the one who started baking the popular meat pies and she is still doing it today.
Yvonne started working for Betsy and Henry and when Betsy’s health made it difficult for her to continue, Yvonne and Andrew bought Betsy’s Boerewors from them.
Andrew and Yvonne change the name from Betsy’s Boerewors to Betsy’s South African Deli.  During this time, they started to sell imported groceries from South Africa in the shop. Three years after Yvonne and Andrew bought Betsy’s, Nizanne started working for Yvonne.
Andrew and Yvonne had Betsy’s Deli for 5 years and then Niel, Rozanne and Nizanne got the opportunity to buy the Deli from them.  It’s now 5 years later and the Deli is still going strong.  Henry and Betsy are still well and visit the Deli from time to time.  They are still giving us lots of tips and advice.